Pope Francis – A Recap On The Life Of The Argentinian Bishop

Home/All Posts, Visitor's Guide/Pope Francis – A Recap On The Life Of The Argentinian Bishop
Previous

Pope Francis – A Recap On The Life Of The Argentinian Bishop

The highly revered and popular Pope Francis is the 266th pope of the Roman Catholic Church.

One major reason for his wide popularity is that he is the very first pope to emerge from North or South America. Other grounds for his acceptance include his visionary thinking, genuine humility and approachability.

Here is a quick look at his life and journey to where he is today.

The Early Years of Pope Francis

Before he was named Pope Francis, he was Jorge Mario Bergoglio. Born to Italian parents, Mario Jose Bergoglio and Regina Maria Sivori in Buenos Aires in Argentina on December 17th, 1936, he had four brothers and sisters, all younger to him.

Though his childhood was similar to anyone his age, Pope Francis found his true path at the age of 19 when he joined The Immaculata Concepcion Seminary, Buenos Aires in 1955. In 1958, Jorge Bergaoglio moved into the Society of Jesus.

His development as a spiritual leader and guide included a balanced exposure to the Church as well as other knowledge disciplines including Humanities, Philosophy, Psychology and Literature, which he not only learned but also taught.

His subjects of Mastery, however, were Philosophy and Theology in which he completed a Doctoral Thesis.

Pope Francis’ first steps towards leading a spiritual life was to be officiated as a Jesuit in 1960 when he made initial vows towards this order. 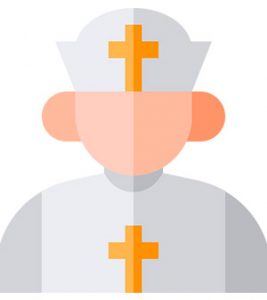 Pope Francis assumed his Bishop roles with poise and wisdom.

In the year 1969, Jorge Bergoglio was appointed as a priest in San Miguel. It didn’t take him long to rise through the levels to serve as various positions within the church. He earned the positions of Provincial Superior, Rector of the Philosophical and Theological Faculty, and Spiritual Director to name a few.

Pope Francis assumed his Bishop roles with poise and wisdom. He became the Titular Bishop of Auca, then the Coadjutor Archbishop of Buenos Aires. In 1998, he was Metropolitan Archbishop.

During his tenure as Archbishop, Bergoglio achieved some notable feats such as administrative restructuring, creation on new parishes, stronger presence of the Church in underdeveloped areas, and introducing the concept of Holy Thursday. This devotional ritual involved washing the feet of elderly individuals admitted in prisons, hospitals or homes for the elderly.

In 2001, Archbishop Bergoglio was given the honorable position of Cardinal Priest. As Cardinal, he occupied five vital administrative positions in the Vatican bureau, Roman Curia. He set an admirable example by living a humble, simple life dedicated to service.

A Pope That’s Making A Difference 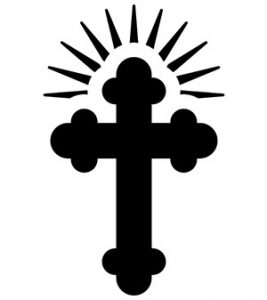 As Pope, he took some major steps to improve Vatican proceedings such as re-directing bonus’ to the poor instead of church members.

He advocated world peace and harmony, the importance of family and environmental protection.

Hence, Pope Francis has proven to be a forward-thinking Bishop who addresses real, prevalent issues and offers practical solutions.

Simple yet powerful words and that’s the whole motto of Model Time project, where the freedom of action is given to models themselves. They want to cater to your tastes with their own methods and they are finally allowed to do so. You can now spend some intimate and personal time with your favorite girls.

He has taken up various causes such as bribery, exploitation, poverty and inequality, to make a true impact on the people that need it.

About the Author: Boston Catholic

Albert Joseph is a Massachusetts resident and I write about things Catholic, which includes places to visit in Boston. I am also a writer and a speaker and I have been blessed to have works published in a number of weekly journals in Massachusetts. I also maintain a popular column in a well-known magazine.